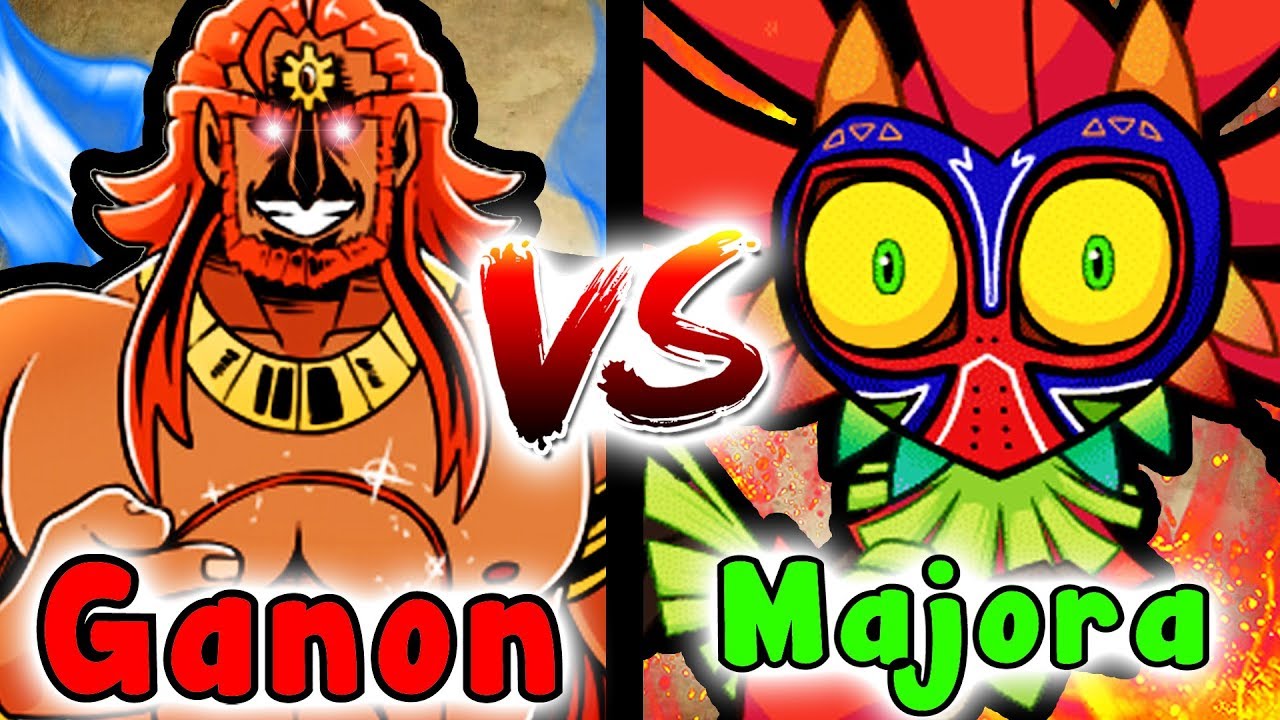 Have you ever found yourself sitting around watching speed-runs of Mike Tyson’s Punch-out eating a pastrami sandwich? Just lazing about eating a hot, spicy pastrami sandwich, wondering who would win in a fight between two characters from two completely different videogames? How about two unrelated characters from the same videogame franchise? Based on one of his latest videos, I know YouTuber Dr.Wily has. The video is entitled “What if Majora’s Mask and Ganondorf Ended Up in Battle?” If you haven’t heard of Dr. Wily, I would recommend checking out the rest of his “Zelda Versus!” videos where he has dozens of other installments theoretically pitting two Zelda (and even Mario) characters against each other in battle. He even has a few that deal with entire races of the Zelda-verse, like the Yiga vs. the Sheikah.

The video starts off with a classic “versus” screen showing both characters over a red or blue tinted background. It examines Ganon/Ganondorf, utilizing all of his forms, taking on the mysterious Majora. If you haven’t played Majora’s Mask, it’s a Zelda title from around the year 2000 that takes place in a parallel universe of Hyrule, and sort of feels like a one-off. The main villain is, as Dr. Wily succinctly puts it, “[A] mysterious mask with one of the vaguest creation stories in the entire franchise.” Dr. Wily uses four criteria to decide the winner, and they are (in alphabetical order because I’m OCD): Abilities, Battle Experience, Equipment, and Stamina/Health.

Now, it doesn’t take an ASMR Cranial Nerve Exam to figure out that the odds are a tad one-sided, but then again Majora did turn Link into a tree and break the moon’s orbit within the first five minutes of Majora’s Mask. The G-Man definitely has more weapons and battle experience, and as far as abilities go, his skillset is nearly as diverse as the collection of Zelda timeline theories. As for Majora, he has only one battle with Link under his moon-belt and seems to enjoy calisthenics more than actual battling. Come to think of it, I think his long-lost brother might be Odolwa. If you are at all a fan of the Zelda series or something reminiscent of Celebrity Death Match, definitely give this video a watch. You should also watch this video if you are at all interested in seeing a guy with a sword attacking a tire swing. Don’t ask questions, just trust me.