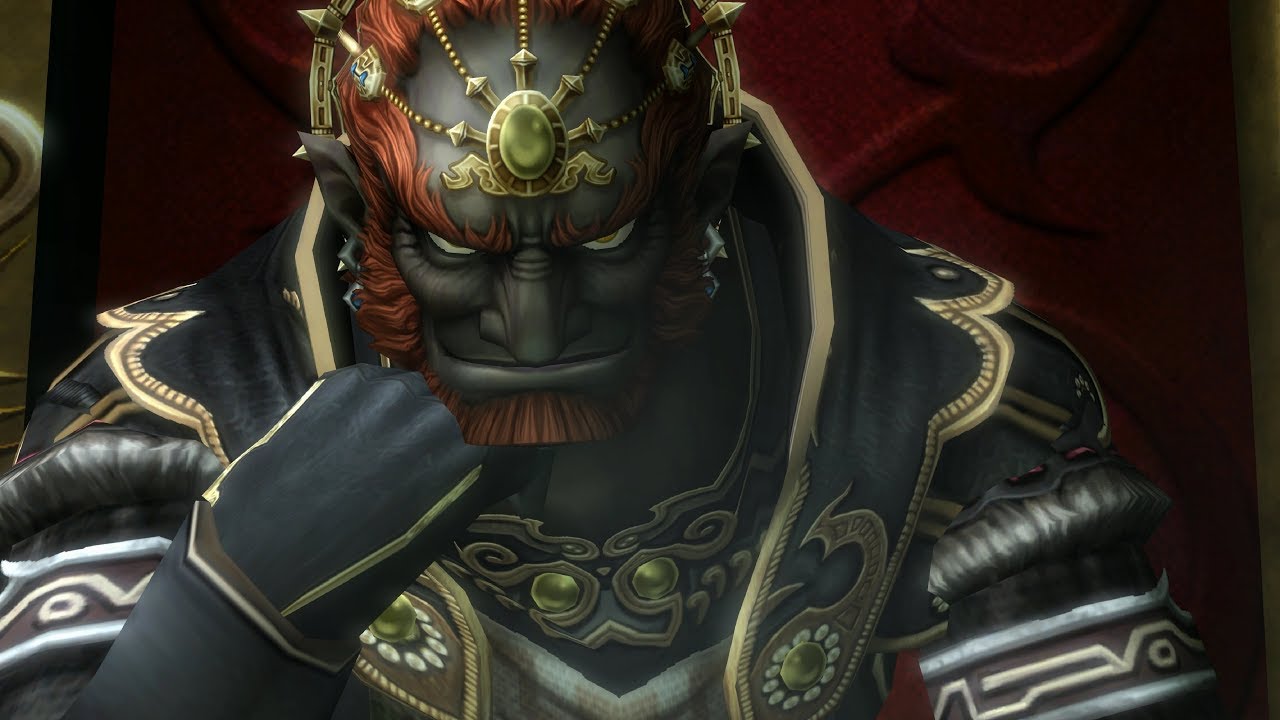 In nearly every literary work, there is a clear definition of whom is the protagonist and whom is the antagonist. The Legend of Zelda series, however, has the Superbowl ring of lacking clarity on the subject. There is Vaati, Zant, Demise, the many outfits of Ghirahim… and of course the crème de la crème, the cream of the crop, the dirty Sunday on a Tuesday: Lord Sir Beast Ganon.

Now that I have created a figurative spreadsheet of LoZ villains, let me whip out the ‘lens of subjectivity’ and focus on one in particular. What if I told you, that Ganondorf (from the OoT timeline) had a worse sworn enemy than Link of Hyrule? I mean, first of all, you would need to admit that Ganondorf and Link were enemies to begin with. Even if you couldn’t pinpoint an instance of their rivalry during Link’s Jabu-Jabu trekkin’ days, you would definitely be able to confirm it once the tennis match began after G-Thang was interrupted practicing for his Deep Purple cover band. (I am referring to the boss fight at Ganon’s Castle when Link is an adult. Deep Purple had a keyboard player in their band)

Next, you would have to determine whether or not Link is the prime source of Ganondorf’s grief… if he even experiences grief to begin with. Once Link knocks himself into a coma following his short battle with the master swords hilt (in the Temple of Time), Ganondorf floats out of the woodwork to claim Hyrule as his new kingdom. I hope I’m not stepping on any canonized content thus far since everything I’ve mentioned up to this point is purely factual (^_^).

Once Link awakens after seven years locked in a hoover (vacuum tube), he stumbles out of the perfectly preserved lobby of the Temple of Time into the newly demolished Castle Town. The town is in ruins. The storefronts are practically destroyed. Undead are singing their sirens song as they lunge at you with meditated cautiousness (I’m basically saying they’re slow). From this vantage, you would think that the world has ended.

You then make your way out of the castle gates to find your…well I don’t need to explain the game to you all. You’ve played it already. Why is it then, that everything five steps behind you is total destruction, when everything five miles in front of you is lush and golden sunlight? I mean, there are enemies dispersed (interestingly evenly) throughout the overworld, but the terrain is kempt. The only buildings that seem to have felt the wrath of the demon Lord are the shops immediately outside of the Castle.

You might be thinking to yourself, if Ganondorf hated enterprise that much, wouldn’t he burn every shop in Hyrule to the ground? Merely half a stones skip away in the village of Kakariko, the shops still stand, and not only that, but there are more buildings in the process of being constructed. Also, beyond even that, the shopkeepers that used to work in Castle Town, now have relocated to Kakariko (after a very short walk). If Ganondorf hated the shops in Castle Town so much that he had them destroyed, but didn’t touch any other shops outside of that area, EVEN THOUGH he had spread his minions to all corners of the terrain for other menacing reasons, then the only other explanation is that he must not want to be disturbed by visitors, or otherwise, tourists.

Before we wrap this thought up, let’s look at Ganondorf as a person. He is the leader of (literally) a Fortress of thieves. This fact already works very much in favor of my theory. Even while standing in Castle Town, if you take a step beyond the fountain, you’ll find a magnificent castle of epic proportions counting out the notion that Ganondorf just hates good architecture. The fact of the matter is, he waltzed out of the Temple of Time after Link fell asleep, saw all of this sustainable economy, and realized that it would bring unwanted guests to his doorstep, so he had it destroyed.

The other side of the coin would infer that the people of Castle Town, as a collective whole, saw Ganondorf shimmy and sidestep out of the Temple of Time (after possibly playing the keytar to the stones of truth for some fairies) and they ran for the hills leaving behind their empty shops for him to destroy at his own leisure. That would also mean that they found him to be a threat, which is funny considering that every single day (or at least every single time I wandered in or out of that area) there was another threat prancing through the town square with a sack slung over his back that no one else had even bothered to notice: The other thief, Sakon.

This thief however, wouldn’t prove to be a menace until the next game in the series, but regardless, the townsfolk of Castle Town should have been aware of his nefarious nature. I mean, literally every time I entered the frame, there he came prancing about with more stuff he had stolen. If the people of Castle Town were not offended by that madness, why would they run for any hills if a man (Ganondorf) dressed like Michael Jackson in the Thriller music video walked out of an old Temple near the Mask shop? Ganondorf values his privacy, so he destroyed the private businesses outside of his castle, so that he wouldn’t have to deal with solicitors or unwanted guests. What do you think?