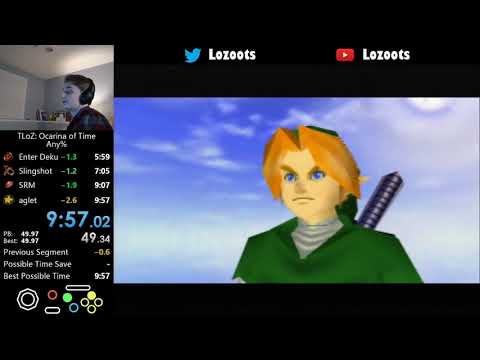 The Legend of Zelda: Ocarina of Time has been a popular game for the speedrunning community basically since its debut back in 1998. Over the years, speedrunners have discovered multiple glitches that shave time off the Ocarina of Time world record, and now, that world record has fallen below ten minutes! Speedrunner lozoots used a process called stale reference manipulation (SRM) to essentially warp directly to the end credits as soon as he obtained the Slingshot from the game’s first dungeon, Inside the Great Deku Tree. This allowed him to beat the game in nine minutes and 56 seconds! I can’t even begin to understand SRM, much less explain it, but it amazes me that people are still finding ways to beat Ocarina of Time in shorter and shorter amounts of time. You can watch lozoot’s full speedrun below.