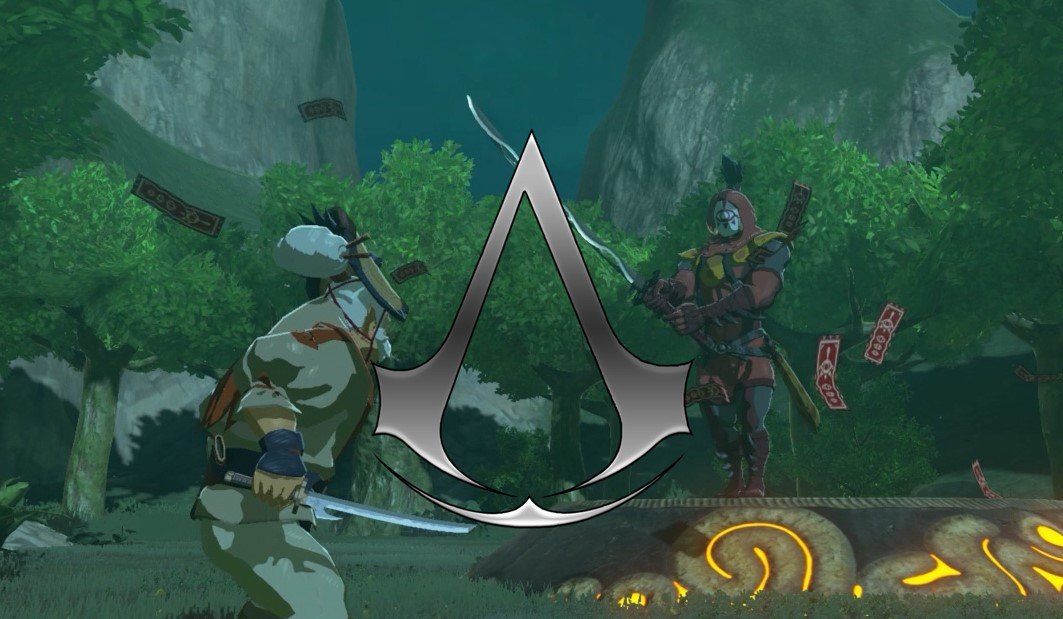 The Assassin’s Creed series, at its core, is a story of two warring factions who want to achieve peace through entirely different methods. The titular Assassins (contrary to the violent nature of their name) want to achieve peace through the freedom of everyday people. Their adversaries, the Templars, seek to achieve peace through order and control. Both groups are proficient in combat, subterfuge, and stealth. If that sounds familiar to fans of the Legend of Zelda series, it’s because we’ve seen a similar struggle play out within the confines of Hyrule. Breath of the Wild’s Sheikah and Yiga clans are not that dissimilar from the Assassins and Templars of Assassin’s Creed! So with that in mind, I propose Nintendo and Ubisoft work together to explore the struggle between the Sheikah and Yiga in Assassin’s Creed: Hyrule!

Breath of the Wild introduced the centuries-old conflict between the Sheikah and Yiga clans. The Sheikah served the Royal Family of Hyrule, while the Yiga hate the Royal Family and wanted the return of Calamity Ganon. It doesn’t quite fit into the Assassin’s Creed “free will versus order” theme, but the framework is there for an epic conflict! Plus, Breath of the Wild left this conflict mostly unexplored outside a few side quests and dialogue lines. So having a full-scale game to really dive into the conflict would help fill in this little corner of Zelda lore.

Nintendo has shown in recent years that it is not afraid to partner up with other developers to create Zelda spinoffs. In 2014, we got the excellent Hyrule Warriors, a collaboration between Nintendo and Team Ninja. And Nintendo teamed with Brace Yourself Games to create Cadence of Hyrule: Crypt of the Necrodancer ft. The Legend of Zelda in 2019. Both games were well received and commercially successful, so Nintendo should be encouraged to team up with other developers to create more spinoffs. This makes an idea like Assassin’s Creed: Hyrule more than just a pipe dream, it could one day be a reality!

So the conflict is there, the mechanics are there, and the track record of Nintendo’s collaboration is there. So bring it on, Ubisoft and Nintendo. Give us Assassin’s Creed: Hyrule!